A Note to Composers

Edwin Denby
ORIGINALLY PUBLISHED IN MODERN MUSIC, OCT-NOV 1939. PROVIDED TO OUR STEPS COURTESY OF THE ESTATE OF EDWIN DENBY. 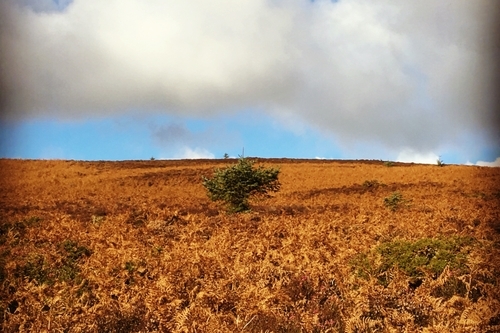 A composer who is unfamiliar with the theater who is interested in writing ballets should certainly see the big companies as often as possible and watch what happens. I think he should start by watching Sylphides or Carnaval (now in the Monte Carlo repertory), because both are obvious and successful; the relation of dance steps to music in both ballets is blunt but bold. If he watches the dancers and listens to the music at the same time, he will see how the visual rhythm frequently goes against the acoustic one.

He can see how the choreographer runs over the end of the phrase, distributes effects and accents sometimes with, sometimes against the pattern of the music. Look at the group accents in the final measures of most of the Sylphides numbers; or at the way in the Schumann the same motive is danced with different steps, or the rhetoric of a piece is broken into by different entrances.

If he looks more closely he will see how the dance phrase rests on several accents or climaxes of movement which other movements have led up to or from which they follow, as unaccented syllables in speech surround an accented one. He will see that the dance accents frequently do not reproduce the accents of a musical phrase, and that even when they correspond, their time length is rarely identical with musical time units. (A leap, for instance, that lasts two counts may end a shade before, and the next movement begin a shade after, the third count.) The variations of energy in dancing around which a dance phrase is built are what make the dance interesting and alive; and they correspond to a muscular sense, not an auditory one. I think it is the fact that in ballet technique these instants of emphasis are not expected to be identical with the metrical values, but increase and decrease in time values of their own. (The beat and offbeat as the dancer executes them are differently long.)

Many musicians are bothered by noticing that dancers “can’t keep time.” I often notice how dancers who are keeping time become dull and unrhythmic. Keeping time at all costs destroys the instinctive variability of emphasis; it destroys the sense of breathing in dancing, the buoyancy and the rhythmic shape of a dance phrase. To be sure, an exaggerated rubato, on the other hand, looks loose; and it destroys the spring and force and cumulative sweep of the beat. In performances of music, musicians understand very well this problem of adjustment; dancing presents another form of it, made more complicated by the fact that the edge accentuating a bodily gesture (which underlines its correspondence with the musical beat) is a device that rapidly becomes monotonous to the eye and that tends to dehumanize the look of a dancer onstage. A dancer onstage is not a musical instrument; she is—or he is—a character, a person. The excitement of watching ballet is that two very different things—dancing and music—fit together, not mechanically but in spirit. The audience feels the pleasure of a happy marriage at least for the fifteen minutes the piece lasts.

Ballet music is conceived as music that is marriageable—its inherent animation will not be destroyed by the physical presence of dancing, or even by the unavoidable racket that dancing makes onstage, and its continuity will not collapse under the rugged conditions of theater presentation. The more delicately hermetic the composition, the more necessary it becomes to listen with absorption and the more necessary is becomes to play it in just one way. For dancing, however, the conductor has to see to it that dancers hear their cues and can meet the tempo—and even (as in opera) temperamental variations of tempo are inevitable with good dancers. So a composer is safer if he does not count on orchestral subtlety of emphasis in theater execution, which the poor quality of ballet orchestras, the lack of rehearsal time, the physical necessities of dancing, and the plan of the choreographer are each likely to endanger.

No one who watches a good ballet with attention can hear the score as distinctly as he would in concert. Once the curtain is up the music functions in the show as a spiritual atmosphere for the stage action; as giving the general emotional energy of the piece, its honesty, cheerfulness, steadiness, or amplitude; with occasional bursts of danciness, of lyricism, of wit or rhetoric, and an effective conclusion, which are more consciously heard. A composer cannot count on finding a choreographer as exceptionally musical as Balanchine. But he should count on finding a choreographer, a dance company, and an audience who respond to the inherent character of his musical communication. He can count on an audience that appreciates perfectly well the largeness of imagination—if not technical detail—of ballet scores like Tchaikovsky’s or Stravinsky’s, and responds to their imaginative scope with an eagerness rare in concert audiences.