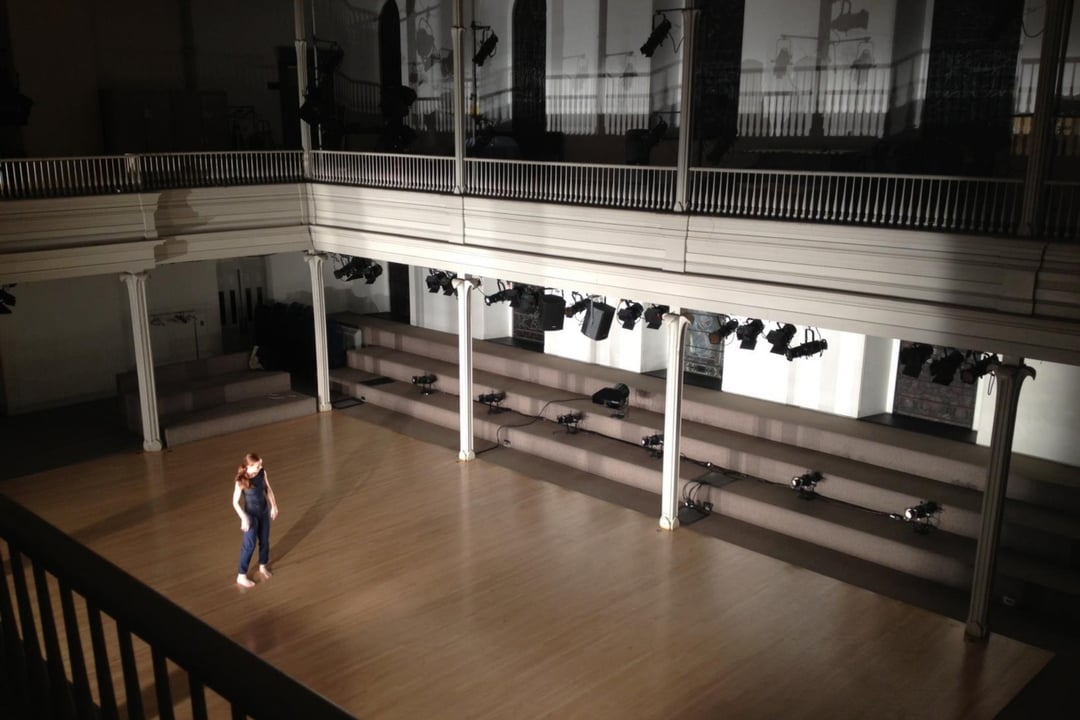 There are some features in connection with Irish dancing as it is seen today in Irish towns and cities which call for passing comment. The first thing that strikes any observer is that ease and grace and beauty of movement are almost invariably sacrificed to complexity of steps. When will Irish dancers understand that the simplest steps beautifully danced give more pleasure than the most difficult steps danced with an awkward carriage of the body and with obvious physical distress? It must be patent to anybody who has given the subject a moment’s consideration that jigs, reels, and hornpipes, danced without grace and ease, become athletic exercises pure and simple, and very often ugly ones at that.

A perfect step-dancer is not always beating the floor violently, neither is he flying about from one end of the platform to the another; his movements are all easy and are performed with a certain stateliness, and the time is clearly but not violently marked. Generally speaking, the step-dances are danced much quicker than they should be. No dance, no matter how accurately the step may be performed or the time marked, can possibly look beautiful if it is danced—as frequently happens—twice as rapidly as it should be.

Another feature very noticeable to-day is that men and women are frequently seen to dance precisely the same steps. This is entirely at variance with the practice of the old dancing-masters, who always taught women steps of a lighter and simpler character than those taught to men. This was in harmony with the general good taste of the old dancing-master, a man usually of courtly ways and fine manners, ever jealous for the dignity of his profession. To such a man it would have been the source of utmost pain to witness a girl “treble” or “batter” or perform other manly steps; he possessed a large repertory of light, somewhat dainty steps for women, which were so framed as to make up in grace what they lacked in complexity. In this connection Dr. P. W. Joyce, in his contribution on Irish dances to Dr. Petrie’s Ancient Music of Ireland, observes that the women of Cork emulated the men of that county, whereas the women of Limerick were far more staid in their dancing, and would have thought it quite unbecoming to dance men’s steps as the Cork women did.

Much has been said from time to time on the hostility shown by many persons in Ireland to dancing. Happily that hostility is rapidly waning, and it is not too much to hope it will wholly disappear in the presence of Irish dances.

If we have dwelt at length on the historical aspects of Irish Dances, it is largely, if not solely, because it is our belief that any true account of them should be an important influence in the spread and development of these dances in the future. No country, and least of all Ireland, can afford to ignore its pastimes. Besides it would be impossible to detach the magnificent body of Irish dance music form the dances themselves. We are concerned to-day, all of us, with the study of Irish music; it would be incongruous if we were not concurrently interested in the dances to which so much of that music pertains. If we are to have a revival of things Irish we cannot in reason pass by the dances. This, however, is only the academic view of the question. The study of Irish dances can well afford to be put on a higher plane of consideration. No one who has given any thought to our town, and village, and, above all, to our rural life, can deny that it is sadly lacking in the most elementary resources of pleasure. This dullness, this death in life, has often been advanced, and surely with justice, as one of the many reasons for that terrible drain of emigration from our country.  Everywhere people tell you that beyond the daily round of labour there is nothing to look forward to in Irish provincial life. Can it, therefore, be a matter of surprise that the noisy streets and music halls of foreign cities allure our people? It was not so at any time, so far as we are aware, in Irish history down to the end of the eighteenth century. Town and country life in Ireland, for many centuries within the ken of observant travellers, appears to have resounded with the music of the pipes and the accompanying movements of the dancers. We would desire to see once more the village of cross-roads peopled with the merry groups of dancers, to hear the music of the pipes borne down the lanes between the whitethorn trees, in the interval between the long day of labour and the night of rest.