Preface to Time and the Dancing Image 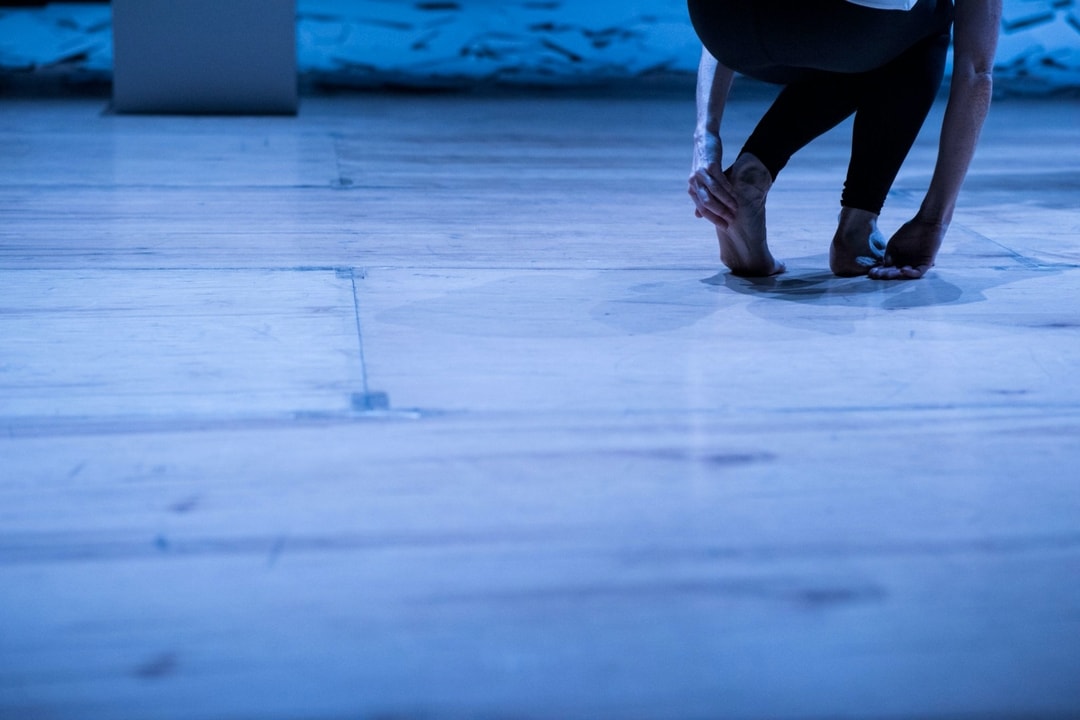 A dance critic, attending performances night after night, devises strategies for keeping eye and mind fresh. Some years ago, no doubt influenced by a longstanding addiction to National Geographic, I began to find it useful, on occasion, to blot out all expectations based on knowledge of styles or techniques. Instead I imagined myself an anthropologist skulking in ambush, observing the activities of members of a hitherto undiscovered tribe—trying to discern their customs and social hierarchy before I stepped out of the bushes and made myself known to them.

The game, idly begun, eventually generated this book. The approach turned out to have variants that were applicable to the study of the past. I found that I liked to think about how dancers may have looked onstage at a given point in time, what kind of men and women they've appeared to be, and how their training, skills, physiognomy, and—certainly in the case of dancer-choreographers—their view of life affected what was presented in the theater.

But dancers and choreographers don't exist in a vacuum, however cut off from life their rigorous daily discipline can make them appear to be. Those of us who write about dance sometimes find that in our anxiety to capture and chronicle a notoriously ephemeral art we do it an inadvertent disservice: we focus so intently on it that we sever it from the culture that spawned it and which it serves. Part of the pleasure I've had in this project has come in questioning how the social and cultural climate, discoveries in science, and developments in philosophy and the other arts may have influenced the domains created onstage and the character of those who inhabit them. What makes an elusive supernatural female such a meaningful symbol for audiences of the 1830's and a sleek, powerful acrobat so enticing to audiences of the 1980's? What happened between 1900 and 1930 to turn the image of the vanguard female dancer from that of a well-fleshed woman with flowing draperies and flowing gestures to that of a forceful, angular, deliberately unglamorous one who wasn't afraid to tackle serious and complex social issues? What caused the role of the male dancer to decline in importance during certain periods, and to become prominent during others? Trying to answer such questions has necessarily involved investigating which qualities a dancer must suppress, which emphasize, what new skills must be developed and what traditional ones discarded to effect a new image.

In non-Western dance, the image of the performer seems to change very slightly over the years (although one could argue that subtle changes simply may not be visible to the outsider). Some Asian and African styles are rooted in religion and cannot change radically without destroying the continuity of a spiritual tradition. In highly refined secular styles, great performers or choreographers may effect changes or a shift of priorities, like the extraordinarily popular Bando Tamasaburo V, whose delicate and almost naturalistic approach to the female roles of Japanese Kabuki theater may well be influencing the next generation of onnegata interpreters. However, a Kabuki actor is usually more concerned with perfecting a stylistic approach handed down in his own family than in innovation, and the Noh actor performs his ritualized soliloquy in much the same way as his counterpart of centuries ago. Balinese dancers still consider I Mario's dances to be innovative, even though he created them in the 1920's. Certainly modern slang and contemporary political references crop up in Balinese dance-dramas; steps cribbed from Fred Astaire movies appear in the competition dances of male teams in South Africa; a Japanese pioneer, Tatsumi Hijikata, created a style, Butoh, which refers not only to German modern dance and Noh drama, but to the sensibility of contemporary Japan. Nevertheless, in African and Asian culture, it is always a great honor to be part of a tradition—even a new tradition like Butoh—while in Europe and America, at least since the early twentieth century, artists have tended to prize originality and contemporaneity.

In the West, dancing was not much admired by the dominant Catholic Church and never—with rare exceptions, like the dance that little boys known as "Los Seises" perform on certain holy days in the Cathedral of Seville—figured in services. Western theatrical dancing developed out of an uneven mix of social dancing, party entertainment, street performance, and court spectacle. Because of this, it has always been responsive to current trends. At its most profound, like the other arts, it reflects aspects of the current world picture; at its most superficial, it acknowledges the current fashions.

"The so-called "modern dance" tends to progress by violent redefinitions: choreographers reject those images that mirror the past and then start over. The more codified, less idiosyncratic field of ballet advances by absorbing innovations into an existing vocabulary of movement."

If Diaghilev's Les Ballets Russes was an instant hit with the public, and Merce Cunningham was not, the reason may be that some changes are easier to accept than others: however innovative Mikhail Fokine's ballets for Diaghilev's company were in terms of dance style, many of them fed his early-twentieth-century contemporaries' interest in violence, exoticism, and lust, while the dances that Cunningham began to make in the 1950's undermined our inherited ideas about what constituted form and order and an easy evening at the theater.

The so-called "modern dance" tends to progress by violent redefinitions: choreographers reject those images that mirror the past and then start over. The more codified, less idiosyncratic field of ballet advances by absorbing innovations into an existing vocabulary of movement. But however changes occur, the dancer's image has been subject to many alterations since the beginning of the nineteenth century in response to the immense social, political, scientific, and technological upheavals that have characterized the period.

The shifts in perspective affect both the role dancers may play and the roles they are perceived as playing. For millions of spectators, Rudolf Nureyev recharged the image of the male dancer, not just because of his virtuosity and brooding Tartar good looks, but because of the daring, impetuosity, and courage that his defection from Soviet Russia necessitated ("That Nureyev—a real mensch!" a man told me when he learned that I was a dance critic).

For example, during the 1950's in modern dance concerts, it was rare for women to touch each other—beyond the holding of hands that signified girlish playfulness or a folk-dance circle, the embrace that said "mother-and-child," and the grabbing and twisting that meant antagonism. For men to touch each other, except in athletic contests or war or bluff camaraderie, was almost as uncommon. After the Women's Liberation and Gay Liberation movements began in earnest, we started to see far more casual physical contact between people of the same gender—both onstage and off. On one level, of course, this affirmed that homosexuality existed, but it also affirmed that there were complex ways—having nothing to do with sex—in which women and women, men and men, men and women might support each other and bear one another's weight. Although the sight of a woman lifting a man continued to draw laughter in conservative circles for some time, quite a few choreographers—Senta Driver, for one—made such an act a choreographic issue during the 1970's. Now it provokes few snickers and raises almost no eyebrows.

In a trenchant article entitled "The Aesthetic Interpretation of Dance History," John Chapman complains that dance historians too often view the past with the eyes of the present, unaware that they are even doing so. He points out, for example, that just because the eighteenth-century choreographer and theoretician Jean Georges Noverre spoke out in favor of modeling art on "nature," there is no reason to suppose that his ballets or the style of performing them would have struck us as natural, or to view him as the direct ancestor of Mikhail Fokine or Isadora Duncan or any other choreographer who pleads for an avoidance of artifice. Noverre's view of "nature" in art—elegant, subtle, ordered—was far more like that of his near contemporary Alexander Pope than it was like the view these twentieth-century choreographers took of it.

Implicit in any restructuring of history is the dangerous notion that the present is fulfilling the past, that dancers are better today than they were, say, fifty years ago. But the important point is not whether, if Anna Pavlova were set dancing before us, we would consider her technique inferior to that of a member of the New York City Ballet's corps today; the point is what she meant to her contemporaries, what her own sources may have been, and her influence on those who saw her.

Trying to view the dancers of the past as products of their age, to see them as their contemporaries saw them, is a challenge. Inevitably the distancing effect of time seduces us into making connections and evaluations that those living during the period discussed might not have been able to make. Where they saw trees, we see a wood, and trying to keep our sights on both perspectives can be vexing. When I write of dancers who are my contemporaries, the problem is reversed: it is easier to note a phenomenon than to see it in its context.

The fact that this book was intended as a collection of essays on the historical aspects of style, rather than as a comprehensive history or a series of brief biographies, has facilitated certain options in structure—giving me the freedom, for example, to focus on Fokine primarily in terms of his role in delineating an exotic and sexually charged image of dancers, or to mention Marius Petipa's work in Imperial Russia in three different contexts: the supernatural females of nineteenth-century ballet, Orientalism, and dance symphonism. Because I am dealing primarily with the invention or crystallization of an image, many important choreographers are mentioned briefly, if at all, and the whole field of vaudeville and musical-comedy styles doesn't figure. On the other hand, a group like Mummenschanz, whose work most people would consider mime rather than dance, is discussed, because dis- guise is an aspect of theatricality that I was interested in thinking about.
‍
I regret that I couldn't hymn by name more of those dancers who do not create their own stage image single-handedly, but serve primarily as instruments for others. Because it is only through the motion of bodies that choreographic genius can be realized. And through all these nimble likenesses of ourselves, we see aspects of our behavior and our world that, left to ourselves, we might never recognize.