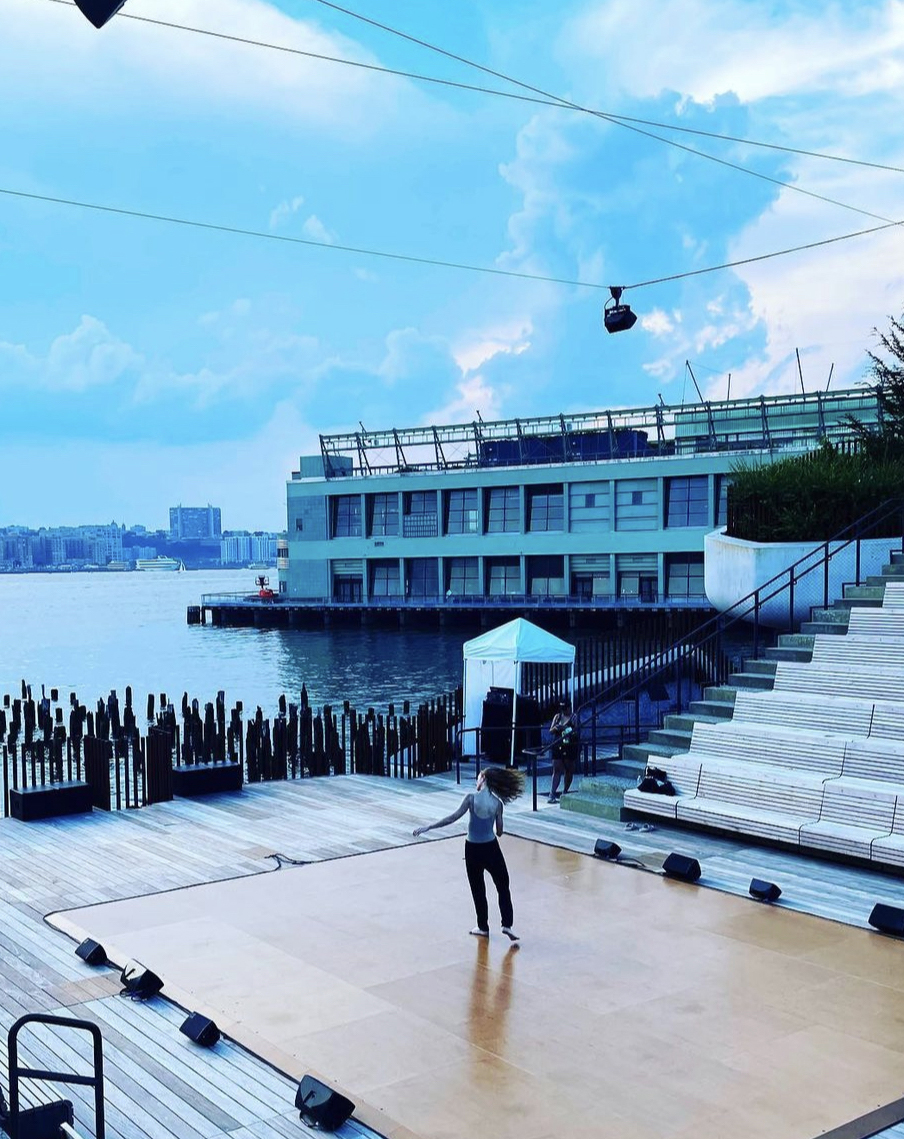 Commissioned for the opening night of the inaugural Little Island Festival in August 2021, ‘Closer’ was Butler's first live performance in 18 months due to the Covid pandemic. Butler approached this solo as a site-specific piece and took inspiration from her practice during lock-down which consisted of dancing outdoors in local parks by the Brooklyn Bridge.

With the audience positioned on three sides, Butler used the Hudson River as 'front' and pushed the playing space beyond the portable wooden stage, utilizing the entirety of the space available.

This was Butler and Seaton's first collaboration. The score incorporates previously recorded sounds of Butler's barefoot percussion, tapping, and even her breath; augmented and designed to create an intimate, striking and personal score.

Many of the elements explored in 'Closer' became the seed for 'What We Hold,' Butler and Seaton's second large-scale collaboration.

Watch an excerpt from the inaugural performance:

'Closer' was produced by Jean Butler Dance for Our Steps.

No items found.
Stay up to date with our latest events, news and projects.
Thank you! Your submission has been received!
Oops! Something went wrong while submitting the form.